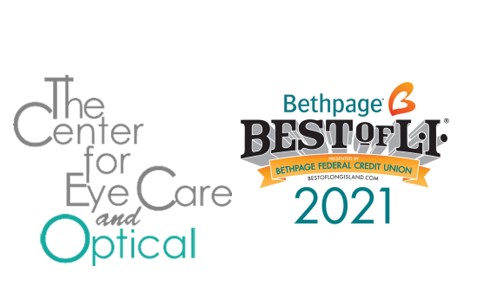 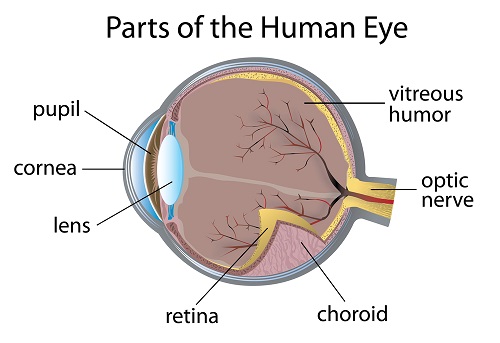 The eye is one of the more complicated organs in the body. It sends a truly remarkable amount of information to the brain. The eye is specially designed to bring in light and translate it into raw data to send to the brain, which then translates it into a picture that we can interpret. The eye is like a box which uses a lens to focus the light that enters it and uses special cells to process that light. Interestingly, the image created by the eye is inverted, so part of the processing the brain must do is to put the image right side up again.

The exterior of the eye is almost entirely impenetrable to light, only allowing light to enter through a tiny opening. The smaller opening, also known as an aperture, creates a sharper image, resulting in clearer vision for the owner of the eye. The eye is capable of focusing and adjusting the clarity of images at a wide range of distances. Also, the eye accepts a wider range of light than any mechanical device ever created, being able to perceive objects in different environments ranging from a darkened room to a sunny beach.

Cornea: The cornea is the clear transparent and "window" of the eye. It is the front portion of the eye and it encircles the pupil, iris, and the anterior chamber. The cornea lets rays of light into the eye and helps to converge them (permitting sight to occur). Most of the eye's optical power is provided by the cornea. The cornea is protected from friction by a thin layer of epithelial cells called the conjunctiva with the aid of the lubrication provided by tears.

Pupil: The pupil is the dark circular opening in center of iris. It looks like a black circle and it opens and closes to control how much light enters the eye and goes to the retina. In bright light, it constricts and in dim light it dilates when functioning normally.

Iris: The iris is made up of pigmented muscle tissue which gives color to the eye. It lies between the cornea and the lens and it controls the amount of light entering the eye by varying the size of the black pupillary opening, allowing enough light to see, but not enough to damage the retina. The iris s what separates the anterior chamber from the posterior chamber of the eye.

Lens: The lens is constructed of transparent intraocular tissue. It is curved to help focus the rays of light that enter the eye onto the retina.

Retina: The retina is a collection of many layers that include photoreceptors (cones and rods). The retina converts images into electrical impulses to be sent to part of the brain that controls vision by way of the optic nerve.

Macula: The macula is a small oval-shaped area near the center of the retina. It absorbs ultraviolet light, helping to shield part of the retina from the sun and it is creates acuity in central vision.

Optic Nerve: The optic nerve (the largest sensory nerve of the eye) sends electrical impulses related to sight from the retina to part of the brain that controls vision.

Sclera: The sclera is an opaque, protective, fibrous outer layer of the eye. Any part of the eyeball not covered by the cornea is covered by the Sclera. The pressure of the fluid contained in the sclera helps give the eye its spherical shape.

Ciliary Body: The ciliary body holds the lens in place with suspensory ligaments. It is a muscular ring under the surface of the eyeball that changes the shape of the lens to help the eye to focus. The ciliary body secretes the aqueous humor, which helps the anterior portion of the eye hold its shape.

Choroid: The choroid is a layer between the sclera and the retina that is filled with blood vessels that help provide oxygen and other nutrients to the eye and removes waste products. The choroid provides the dark pigmentation that prevents light from reflecting within the eye.

All of the terms above assume that the eye in question is healthy. Any one of these structures can face impaired function due to damage or disease. For instance, macular degeneration is a condition which the macula is damaged, sometimes causing blurred vision or a dark spot in central vision; it can lead to severe visual impairment.

Please fill out the form below and a representative will contact you within 48 hours.