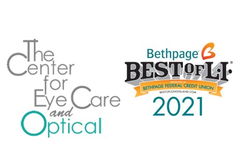 Ptosis: What Is It and How We Fix It

Eyelid Ptosis is a drooping or falling of the upper eyelid. This occurs when the levator muscle, which raises the eyelid, is not strong enough to do so properly. Most common in elderly patients, ptosis can affect one or both eyes as the tendon that attaches the muscle begins to stretch and the eyelid starts to fall.

On rare occasions, a patient can also be born with ptosis. If severe enough and left untreated, the drooping eyelid can interfere with vision development which is why it is imperative for this disorder to be treated in young children, before permanent visual changes occur.

Other causes of ptosis may include damage or trauma to the muscle which raises the eyelid, damage to the superior cervical sympathetic ganglion or damage to the oculomotor nerve which controls this muscle. Such damage could be indicative of an underlying disease such as diabetes mellitus, a brain or lung tumor, and diseases which may cause weakness in muscles or nerve damage such as myasthenia gravis. A careful history and examination will help rule out unusual causes of ptosis as some forms will require surgical correction if severe enough to interfere with vision.

Upper eyelid ptosis is often seen in conjunction with dermatochalasis which is the extra upper eyelid skin hanging over the eyelashes. In this case, both a blepharoplasty (which I will cover in a future blog) and ptosis repair would be performed to achieve a better functional and cosmetic result.

We look forward to hearing from you